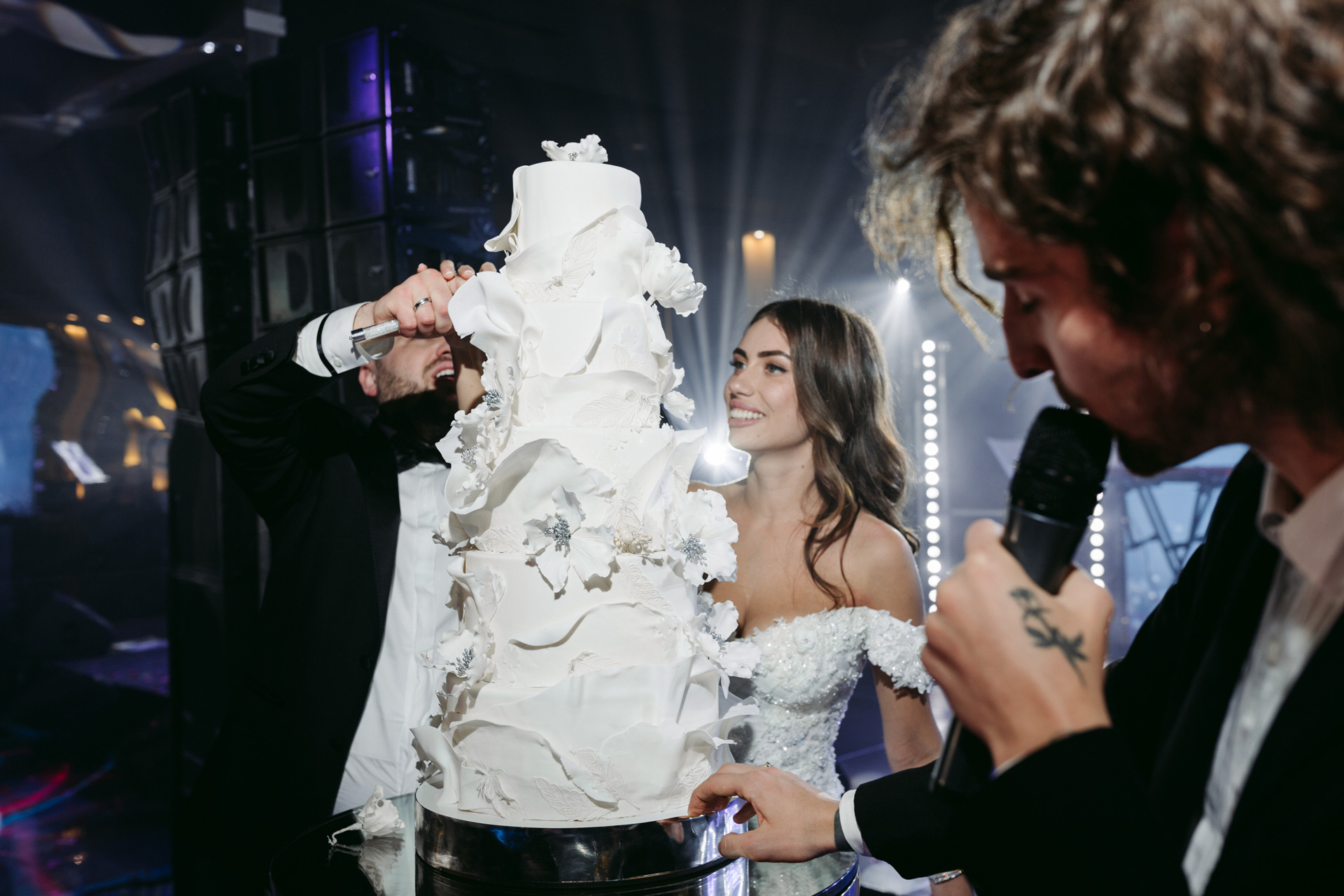 Life is a head-spinning series of surprises that fate has in store. The proof is the incredible story of the “mysterious ADAMARIS bride”, for whom we created a look, as shared in one of our previous posts.

Having met Iryna @irene_babenko a little over half a year ago, Serhii knew outright that it was her whom he had been waiting for all these years. The desire to start a family in a flash was expressed in the opportunity to give all his tenderness and care not only to his beloved woman but also to her fascinating 4-year-old daughter.

Preparations for a large-scale surprise kicked off a few months ago. With the support of the team of professionals at Yuliya Kovinko’s @yuliya_kovinko wedding agency, all the details of future celebration were hammered out, including decorations,

@mille_fiori_ua floral design and a packed program of performances, as well as the makeup and hairdressing for the so-far unsuspecting bride.

Meanwhile, the ADAMARIS team was working on the creation of individual bridal looks for Iryna and her little princess, using only the groom’s partial measurements and descriptions as a guide.

How often do you go to a romantic dinner to find yourself at your own wedding? The answer is once in 7 billion. When the universe has bestowed an inestimable gift on you in the form of a beloved and loving person, ready for the most mind-blowing actions for you.

We would like to share with you the infinite and genuine charm of the new ADAMARIS bride – Yana @yana.novak26, whose solemn wedding ceremony turned one of Kyiv’s enclosed spaces into a real exotic jungle.

We want to thank Yana for the opportunity to become a part of this unforgettable event and sincerely wish her and her husband Illia endless love and boundless family happiness!

Vivid memories created by travel not only fill family albums but also serve as inspiration for new destinations and adventures.

Planning the wedding, Yana and Illya wanted to relive their trip to Mexico, namely to the town of Tulum and the Azulik hotel, which, right upon opening, became one of the most Instagrammable locations among numerous world resorts.

A place on the shore of the Caribbean Sea, harmoniously pairing stunning design solutions with forces of nature like water, earth and the sun, offered the couple an unforgettable experience, the vibe of which was easily recreated by the organizer of the special occasion – Juliya Solodchenko’s @solodchenko_juliya Wedding Empire agency @svadebnaya_imperiya.

As they travelled to discover North for the last Valentine’s day, Daniel and Irene made a deal, that if they were lucky enough to see the Northern Lights – they would marry.

The probability of catching the almost impossible to predict occurrence of Aurora Borealis according to climate forecast was rated less than 12%. The arctic sky, however, welcomed the couple with effusive malachite mirages as soon as they got off the plane ramp – they didn’t realise yet then it was the Aurora itself, named by Galileo in 1619 after Roman goddess of the dawn. Night by night vibrant neon green, brilliant blue and purple streams of solar wind energised particles spread across the sky in a celestial lightshow. Fateful electric spectacle has done its life-changing part, but very soon after came six months of quarantine parting – Irene was on lockdown in Ukraine, while Daniel stayed in Sweden. It may be that people of the Middle Ages were right in their beliefs that Northern Lights foreshow epidemics and wars. The loving couple’s electricity has been disturbed by closed borders fields.

Registering marriage in times of lockdown turned out to be even trickier than for solar wind particles to reach our planet and break through Earth’s magnetic field) However, the sweethearts have already caught the elusive phenomenon, so it was too late too give up on their romantic adventure.

And so it was – good luck was on the side of Love.

An accidental encounter with Elena Bernatskaya.

An unexpected cancellation of other couple’s registration. Prodigious hand craft of dressmakers, friends’ assistance and 43 hours to manage the wedding ceremony – all as unpredictable, as the Northern Lights.

Love triumphed! They did it, and know are looking forward to quarantine restrictions cancellation to be able to gala-celebrate their wedding in an ice castle, exactly where they caught Their Light.

Miracles happen to those who believe in them!